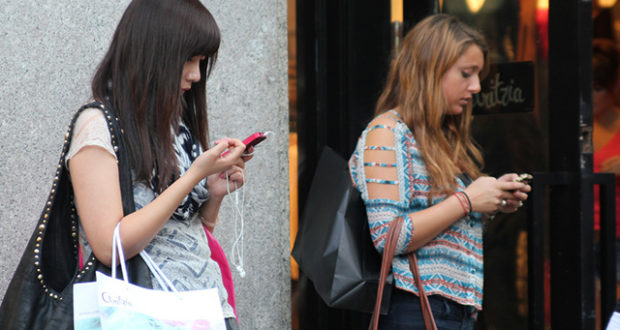 The Mark of the Beast may be in your hand

in Blog December 5, 2016 Comments Off on The Mark of the Beast may be in your hand

The Book of Revelation is the last book in the Bible and it is full of scripture setting up the final battle between good and evil in the Valley of Megiddo. In the visionary story, presumably written by John the Apostle, the Antichrist dupes many around the world to use the mark of the beast before the Second Coming of Jesus.

Specifically in Revelation 13: 16-18, “All will be forced to receive a mark on their right hands or their foreheads. And none may buy or sell except one who has the mark or the name of the beast, or the number of his name. This calls for wisdom. Let the person who has insight calculate the number of the beast, for it is the number of a man. That number is 666.”

This concept is reinforced in Revelation 14:9-11, “A third angel followed them and with a loud voice said, ‘if anyone worships the beast and its image and receives a mark on his forehead or on his hand…they, too, will drink the wine of God’s fury…And the smoke of their torment goes up forever and ever, and they have no rest, day or night, these worshipers of the beast and its image, and whoever receives the mark of its name.”

For almost 2000 years mankind has attempted to discern what the mark of the beast will be. Will it be a tattoo? Will it be an implant?

Could the mark of the beast actually be the device many of you are holding in your hand right now? Your iPhone or iPad? Maybe the mark on the forehead is google glass?

Let’s suggest for a moment that the “mark on their right hands or foreheads,” is a little too literal of an interpretation. Maybe Revelation’s author had visions of devices “in their right hands or on their foreheads.” Keep in mind the visions of Revelation were 2000 years ago and John may have seen things he didn’t understand in his time. Certainly the idea of a phone, iPad, or computer would have been inconceivable to him.

How about the verse that states no one may buy or sell without the mark of the beast? How many of us do commerce on our phones or iPads? How many of you plan to order Christmas gifts through the internet instead of walking into a brick and mortar store? When is the last time you physically walked into a bank? We do our commerce on our devices, don’t we?

Still not convinced? Here’s a fact that will make the hair on the back of your neck stand up. Did you know Steve Jobs and Steve Wozniak reportedly sold their first Apple Computer for $666.66? And how about their company name and logo? Turn your iPhone around. You will see the symbol of temptation; an apple with a bite taken out of it!

We do not suggest users of Apple products are evil. We do suggest Satan will use any device at his disposal to steal as many souls as possible!

Now that we’ve covered the entire Bible from the temptation in Genesis to the number 666 in Revelation, consider Revelation also calls for wisdom when calculating the mark of the beast. Wisdom is one of the seven gifts of the Holy Spirit. Pray for wisdom so you may be ready for the coming of the Lord in this season of Advent!