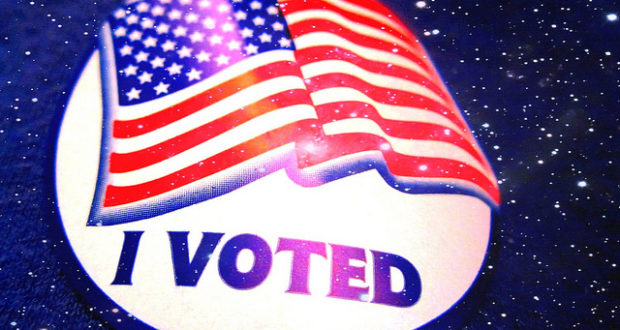 in Blog November 7, 2016 Comments Off on Vote for Life

When America goes to the polls to vote for its next president, and ultimately, the person who will shape the Supreme Court for an entire generation, the country will be voting for someone who will determine once and for all whether we will be a country that barbarically continues to destroy millions of innocent, helpless babies each year. Some hide behind the sterile term of abortion to justify their right to have a choice to take such life. Others correctly call it murder.

God will also look politicians in the eye on judgement day, especially those that dared to call themselves Catholic, and yet did nothing to protect the sanctity of life of God’s precious creations. Instead they dared to cowardly stand behind the word “choice.”

This election is also about preserving the life of the family. During creation God made man and woman separately. He made them differently. He made them to complement each other and ultimately God used their differences to create life. Now Satan uses politicians and the media and the Supreme Court to destroy the anchor of life; the nuclear family.

It is the duty of Christians to be informed in order to guide their moral convictions and promote their undying commitment to the dignity of human life. Every life is created by God in His image and no one has the right to destroy or belittle it by calling it a “choice.” Christians must also have an undying commitment to preserve the family which must raise God’s little creations ideally with a mother and a father.

We must not be discouraged by a national media, a Supreme Court, and politicians who belittle us and our values. We are so inundated with left-leaning talk that it is easy to feel like Christian views are becoming the outdated minority in the United States. Even if that is true, remember the will of many is not the same as the will of God.

Stay strong during this election period. Pray for the correct outcome. Pray for God’s will. Remember America, God is watching. He watched during the time of Noah. He watched the cities of Sodom and Gomorrah. God watched those who opposed His people of Israel. History shows they all paid a heavy price. Even God’s people faced his wrath when they sinned. God is always watching.

Choose life on election day. And pray others do so. Even the life of America is at stake.  Deuteronomy 30: 17-20:

“…if you are drawn away, and worship other gods and serve them, I announce to you today that you shall surely perish. I call heaven and earth as witnesses today against you, that I have set before you life and death, blessing and cursing; therefore choose life, that both you and your descendants may live.”

Take five minutes and pray. When you enter the voting booth, pause and think before you push the button.

Previous: The Pope We Need
Next: World Leaders and the Will of God